Hamish Brewer known as the relentless, tattooed, skateboarding principal from Northern Virginia isn't your normal principal. Hamish is high octane, constantly calling on his students to "Be Relentless. Mr. Brewer has become known as an educational disrupter who transcends the status quo and typical educational norms.

Under his leadership - his elementary school was recognized as a Nationally Distinguished Title 1 School, and Hamish has since gone on to turn around one of the toughest middle schools in the state of Virginia.

Mr. Brewer is a highly sought-after international keynote speaker - motivating and inspiring audiences everywhere around the world, including being recognized as a TEDx speaker. Originally from New Zealand where he earned his first degree from the University of Auckland. Mr. Brewer is currently a doctoral student at Virginia Tech University. Hamish is the best-selling author of "Relentless - Disrupting The Educational Norm, published in 2019.

Known to many as "America's Educator," Ron Clark is the 2000 Disney American Teacher of the Year, a two-time New York Times Bestselling author, the subject of a television movie and the founder of the Ron Clark Academy. Ron is regularly featured on network and cable television (The Today Show, CNN and Oprah,) and was dubbed by Ms. Winfrey as her first "Phenomenal Man."

Ron Clark brings charisma, energy and devotion to the education profession. Ron pioneered innovative projects in rural North Carolina working with students in a low wealth area. His highly effective programs garnered national attention in 1995 and led to a White House invitation to be honored by the President of the United States.

Ron Clark's personality is marked by a sense of challenge and adventure. Upon watching a television piece chronicling low test scores and the lack of teachers in inner-city New York, Ron packed his car and moved to Harlem. After being warned by the principal that his class was the least disciplined group she had seen in years, Ron prepared himself by visiting the home of each student before the first day of school. Ron Clark involved his students in projects in the city and state, and his "low achievers" soon began to excel; and by the end of the year, their scores were higher than the "gifted" classes in his district.
In 2003, Ron Clark released the New York Times Bestselling book "The Essential 55" which includes his 55 expectations of students - as well as all individuals - young and old. Ron's second book, "The Excellent 11," was released in August 2004 and further captured the attention of parents, educators and students alike. In 2011, Ron Clark released "The End of Molasses Classes: Getting Our Kids Unstuck--101 Extraordinary Solutions for Parents and Teachers." This New York Times Best Seller brought to light 101 innovative and classroom-tested ways for improving America's schools and leading our children to greatness.
In his most recent release, "Move Your Bus: An Extraordinary New Approach to Accelerating Success in Work and Life." This versatile best seller has attracted attention from both the world of business and education.

Ron Clark is a much sought after keynote speaker. During his presentations, he shares the uncanny adventures he has had in the classroom and speaks of his experiences teaching in Harlem. Within his humorous and heartwarming stories, he delivers a message relevant to each of us. It is a message of hope, dedication, and the never-say-never attitude required to achieve goals and dreams.

Kim Strobel is the secret to re-energizing classrooms, businesses, and organizations across the country. (Just ask the Texas Google Summit, who hired her to give a keynote.) For over 20 years, she's been a teacher, top-tier leadership consultant, and nationally-recognized speaker who helps others rediscover their meaning, purpose, and passion.

During her 20-year education career, she has partnered with people at all levels to implement innovative and inspirational practices in the classroom, increase academic achievement, and create positive school-wide climates.
On top of running her education consulting company, she is also a happiness coach and is deeply, deeply passionate about empowering others to live bigger, bolder, braver lives.

Because of her own challenges and adversities, Kim teaches others how to overcome their fears, discover their joy, activate their potential, and boldly pursue a life that feels good to them from the INSIDE-OUT. She is results-focused and believes in giving people the tools to make permanent and enduring, positive changes in all areas of their lives. 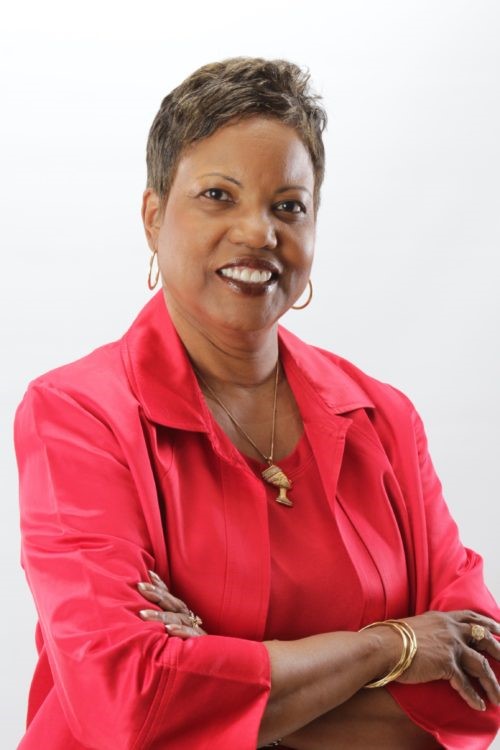 Marcia L. Tate, EdD, is the former Executive Director of Professional Development for the DeKalb County School System, Decatur, Georgia. During her 30-year career with the district, she has been a classroom teacher, reading specialist, language arts coordinator, and staff development executive director. She received the 2001 Distinguished Staff Developer Award for the State of Georgia and her department was chosen to receive the Exemplary Program Award for the state.