Every year at the OELAS Conference, the Arizona Department of Education recognizes a group of students whose success in English language acquisition is noteworthy.

Winners of the award were introduced at the 2022 OELAS Conference in Tucson the first week of December.  Their stories were shared with the conference attendees and Arizona Department of Education leadership.  The students were also given the opportunity to speak briefly in front of the audience of  teachers, administrators, parents and invited guests. The event was a wonderful opportunity to highlight the efforts of each student and their journey to English language proficiency!

The Arizona Department of Education celebrated students who made noteworthy accomplishments and academic achievements as recipients of the OELAS Conference 2022 Arizona Student Success Stories award. Please click the links below to preview the Awardees and Honorable Mentions. 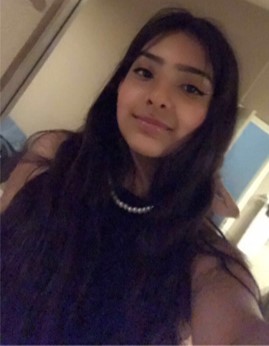 Esmeralda Loredo immigrated to the United States from Mexico. While in Mexico, she was responsible for caring for her younger brother while attending school full time. Esmeralda is a driven and determined student who worked diligently to learn a new language and assimilate to American culture. Over the past two years, she has received top marks in all classes, participated in after school programs, and attended after school tutoring on her own volition simply to "get some more practice." Recently, she passed her AzELLA test; proving she is proficient in English as a second language. While she has only been in the United States for a few short years, she has clearly worked incredibly hard to accomplish her goals and build a better life for herself.

Esmeralda is currently a member of AVID and the after-school theatre club at her high school. In addition to academics, she loves the ability to express herself through acting and performing on stage. She often works part time at her father's tire shop and is quick to sign up for any community service opportunities provided through her high school.

Esmeralda’s goal is to attend college after graduating high school. She hopes to pursue a degree from an Ivy League college in criminal justice or law.  She wants to become a mother after she gets her degree and provide for her children in ways that she wasn't. She hopes to build a strong community that supports Mexican American immigrants and become a role model for students who come from similar circumstances as herself. 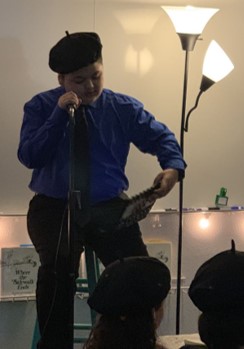 Peter never attended preschool and spoke only Spanish when he entered school for kindergarten.  He spent his first two years of school learning in an EL classroom, but by second grade, Peter had tested out of the ELL program.  He was now speaking fluent English and worked hard to learn in all content areas.

By third grade, Peter had earned a place in the district’s GAP gifted program.  The GAP program is a privately funded cohort that allows high-achieving, hardworking students the opportunity to learn and experience things they otherwise would not have the ability to.  Since entering the GAP gifted program 2 years ago, Peter has overcome many personal challenges while maintaining his grades and his drive to achieve a better life for his family.

Peter wants to become a doctor in order to help his mom when she is sick and take care of others in the community.  He sees himself as unique because he has overcome all the tough times he has been through.  Peter wants to learn to cook so he can help his mom and make life easier for her.  He would also like to study mechanics to be able to fix the car when it is not working.  Peter knows he is capable of success and has dreams of making money to help support his mom and make her life easier.

Peter is a true success story as he has maintained focus on his long-term goals by focusing on daily progress.  In four short years, Peter grew from speaking one language fluently to speaking two languages fluently.    Peter knows he is not bound to his present circumstances and that he has the power to dream big and see a better future for himself and his family. 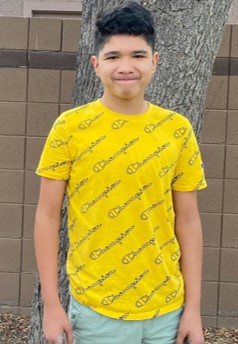 Roberto Alvarado is an amazing student who has worked hard to overcome adversity to be successful. Roberto currently lives in a group home with no contact with his biological family. Despite this challenge, Roberto has become dedicated to doing well in school.

Roberto has not let academic challenges stop him from achieving growth in reading and math. His academic goals are to read more fluently, to multiply and divide, and to write a paragraph. His teacher states that he walks into class with a huge smile, a high five or a hug, and always gives a 1,000% effort. He is the first person to volunteer to help clean the room, try out a math problem, or answer a question, and to help others.

Roberto is actively involved in his school community. Roberto is the first self-contained special education student to join the school band as a trumpet player. He loves learning music and is so proud to be part of the band.  Roberto’s long-term goals are to graduate high school and to be a happy, self-sufficient adult. Roberto could dwell in the challenging situations in his life, but he does not. He is always bright and happy and is a true success story. 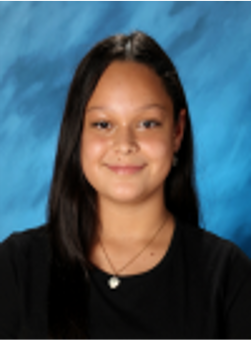 When one learns of Sara Zuleta Chaverra’s accomplishments in 2 short years since arriving in the United States, most are astonished.  Her proficiency in English, excellent grades, and her contribution within her school community bely a false narrative that Sara is the product of a stable, affluent home when the reality is contradictory. In actuality, Sara was born in Colombia to a young, single mother. Sara’s grandmother, who provided some childcare assistance, moved to the United States leaving her career as a fashion designer to find employment as a nanny.  However, the three were often struggling to make ends meet separately. The family then made great sacrifices to move Sara to the United States. When Sara enrolled in school, she had an extremely limited understanding of the English language but through her hard work and determination she tested proficient in English in August of 2021.

What makes Sara remarkable is her constant smile and sunny disposition while she tackles the next hurdle.  Sara has a real and genuine gratitude for her education. Sara maintains all A's and B's so that she can earn a scholarship to attend college after high school. Sara is also an active member of the school community. She serves as the secretary of the Echo Canyon Student Council.  As part of the student council, she volunteers for extra work that needs to be done and she shows up for all meetings and events.

Sara is well-loved by all her teachers.  One of her teachers wrote... "she just "wowed" us all and she quickly became the highest student in class in most areas. She has been the hardest working student I have ever met. That girl is just the best.". Sara’s dream is to become a fashion designer, like her grandma.  Although Sara's main goal is to someday bring her mom to live here in the United States. Her unfailingly positive attitude and commitment to her education will continue to bring her great success.