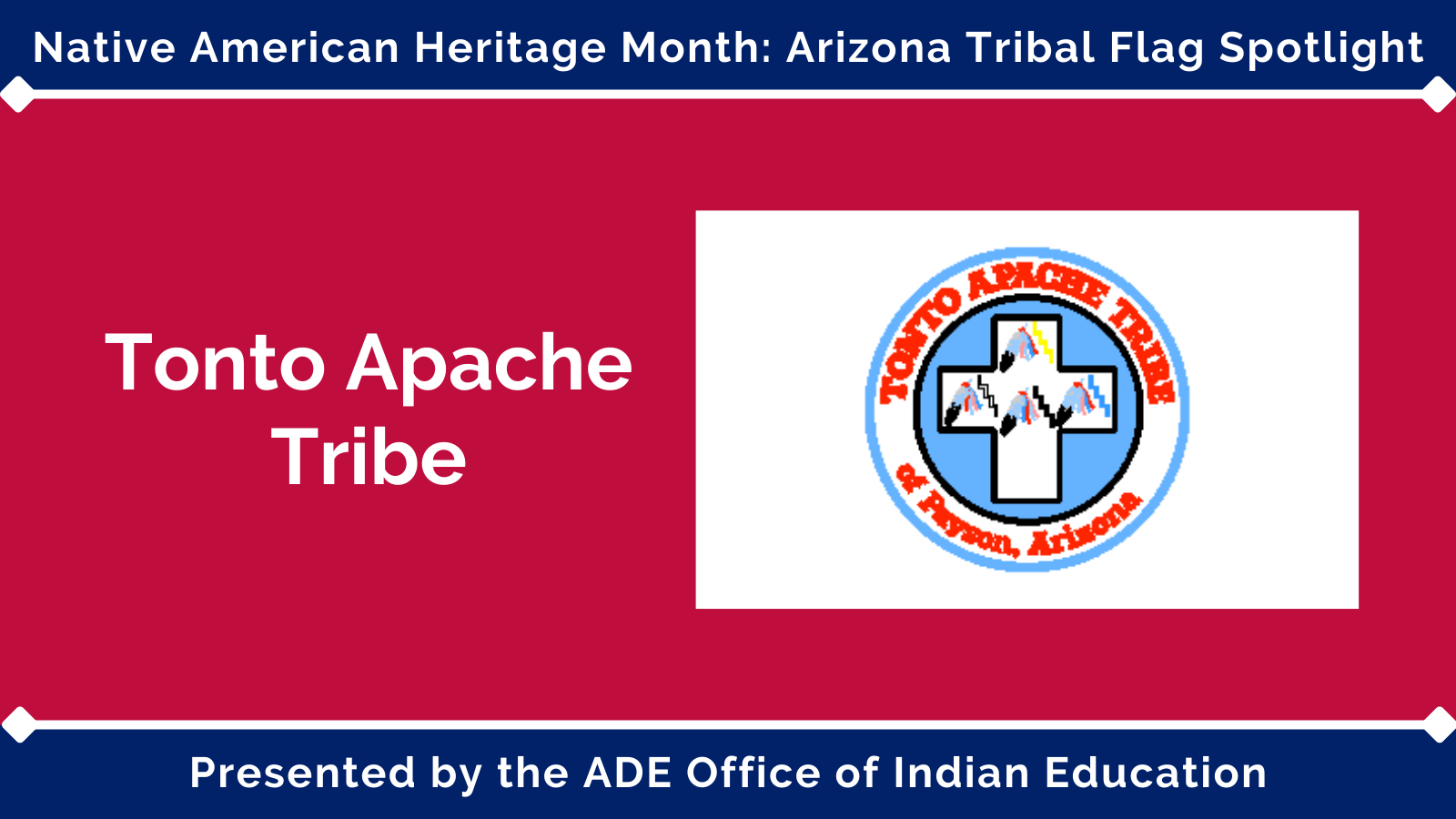 The Tonto Apache use a white flag with the tribal seal in the center. The seal places a white cross, edged in black, on a light blue disk. The cross is a representation of a star. (In the art of many Native peoples, the star appears in this way, with four squared points.) A white ring, edged in black inside and light blue outside, surrounds the central disk. On it, TONTO APACHE TRIBE arches over the top and "of Payson, Arizona" curves below, both in red.

The star bears four feathers-one in the center, one in the uppermost "point", and one each in the two side "points". The lower "point" is empty. Next to each feather appears a streak of stylized lightning as depicted in Apache art, in black (center), yellow (top), white (left), and blue (right). These four colors recur in the art of southwestern Tribes, reflecting not only the nearby mountains but also the four "clouds" or worlds through which man passed to get to this world [see Navajo for a more detailed explanation]. From each feather hang four colored streamers, of blue, red, green, and yellow (center); yellow, green, blue, and red (top); red, green, yellow, and blue (left); and green, yellow, blue, and red (right).

The colors of the seal of the Tonto Apache have additional, sacred meanings: Black, for death and west; White for life, north, and snow; Blue for the sky and south; Yellow for the sun and east; Green for the Earth; and Red for fire and heat.