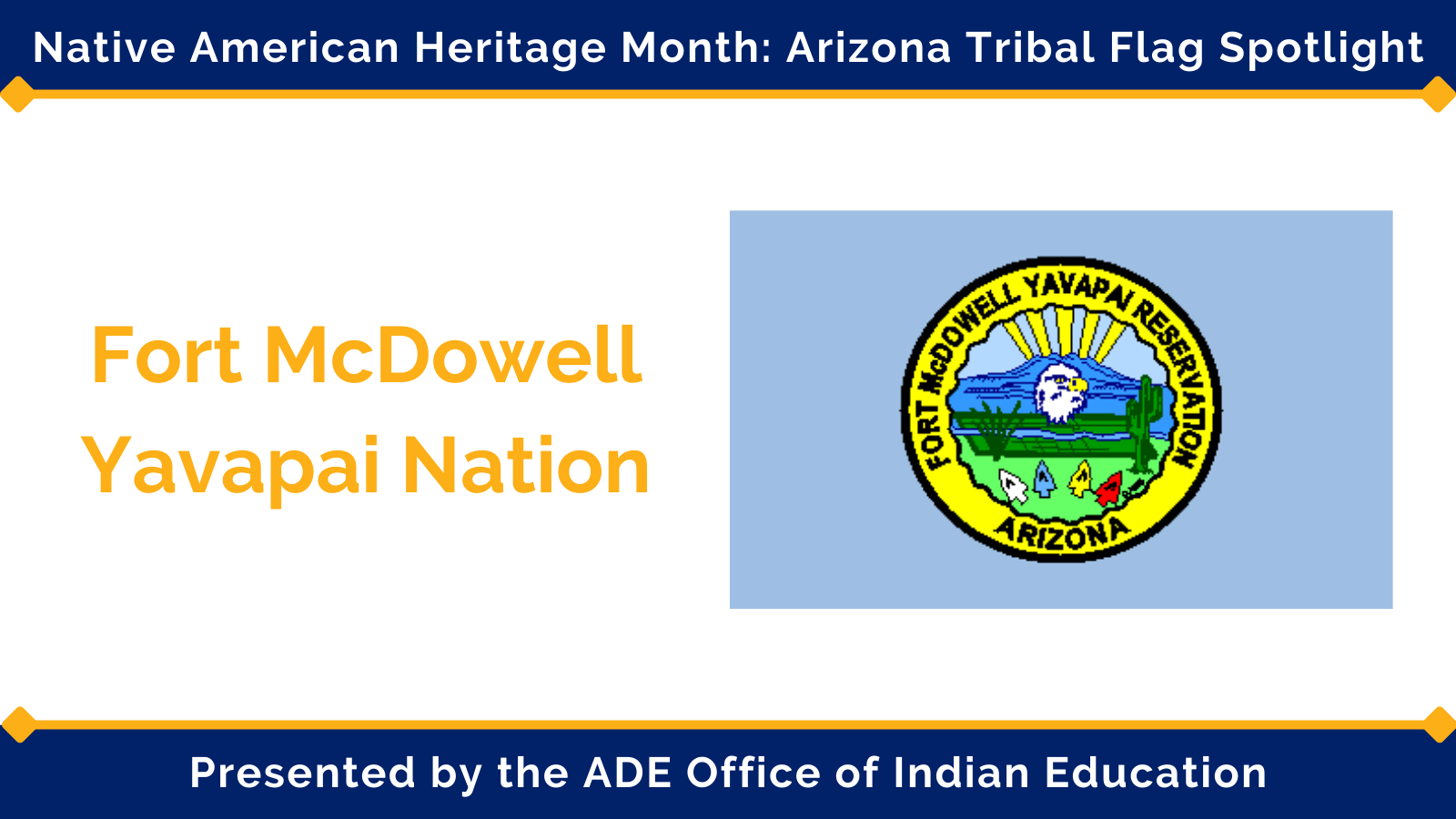 Although Apache and Mojave people share the reservation with them, only the Yavapai of Fort McDowell have a flag. That flag is light blue and bears the tribal seal in the center. Only one is known, stored at the local veterans' hall. It is made of silk, beautifully embroidered, and obviously intended for use in parades or ceremonies. Unlike many Native Nations engaging in the gaming industry, the Yavapai do not fly their tribal flag outside their casino.

The seal on the flag, however, is quite visible throughout the reservation - such as on the sides of the reservation's police cars. The seal depicts the Arizona landscape in shades of blue and green, with the Rio Verde River shown in blue crossing the land. Rising out of the mountains in the background are five rays of the sun in yellow. The foreground is dominated by a Saguaro cactus on the right and four arrowheads at the base of the seal. These arrowheads, possibly evoking the sacred number four, appear in white, blue, gold, and red.

The entire landscape is backdrop to a head of a bald eagle in natural colors, a bird sacred to many Native peoples (and the national symbol of the United States).

A gold band surrounds the seal, separated from the landscape of the seal by a wavy black line and from the light blue background of the flag by a narrow black ring. On the gold band appears "FORT McDOWELL YAVAPAI RESERVATION" across the top and "ARIZONA" below, all in black.