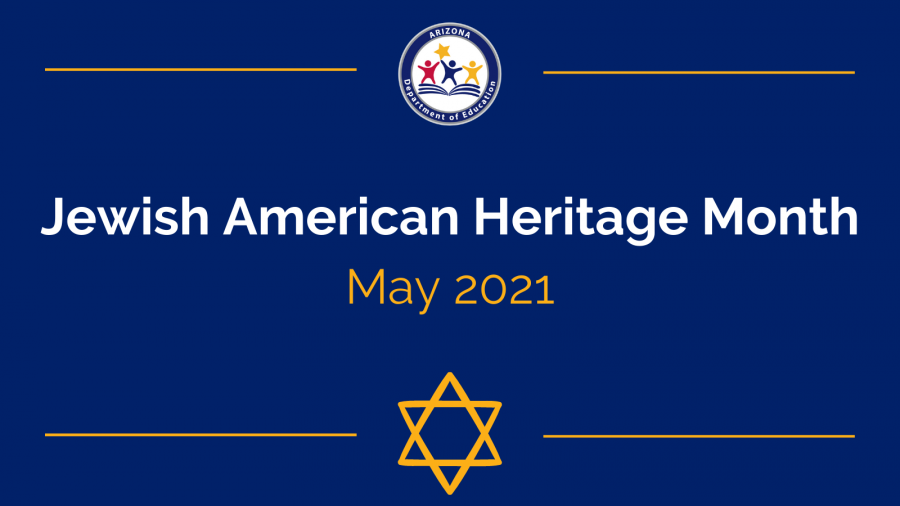 After the challenges of this past year, particularly the rise in hateful rhetoric against Jewish Americans and other communities, ADE is proud to support Jewish American Heritage Month. ADE’s Office of Equity, Diversity, and Inclusion is excited to share resources and materials to help educators share and celebrate Jewish American history and culture.

On April 20, 2006, President George W. Bush proclaimed that May would be Jewish American Heritage Month. The announcement was the crowning achievement in an effort by the Jewish Museum of Florida and South Florida Jewish community leaders that resulted in resolutions introduced by Rep. Debbie Wasserman Schultz of Florida and Sen. Arlen Specter of Pennsylvania urging the president to proclaim a month that would recognize the more than 350-year history of Jewish contributions to American culture. The resolutions passed unanimously, first in the House of Representatives in December 2005 and later in the Senate in February 2006.

The Jewish Americans is a set of lesson plans based on the PBS Series of the same title that explores immigration, identity, contribution, assimilation, discrimination, change, and confrontation.  The plans may be used for a deeper examination of the way Jewish life fits into U.S. history. The set may also frame comparative research of non-Jewish immigrant experiences.

The Arizona Jewish Historical Society (AZJHS) hosts a series of educational community events intended to help Arizonans make an emotional connected to the Holocaust. With their partners, they host workshops and conversations led by Holocaust Survivors, Liberators, World War II Veterans, and many influential individuals with experience and knowledge of the Holocaust.